No pay at the YMCA? 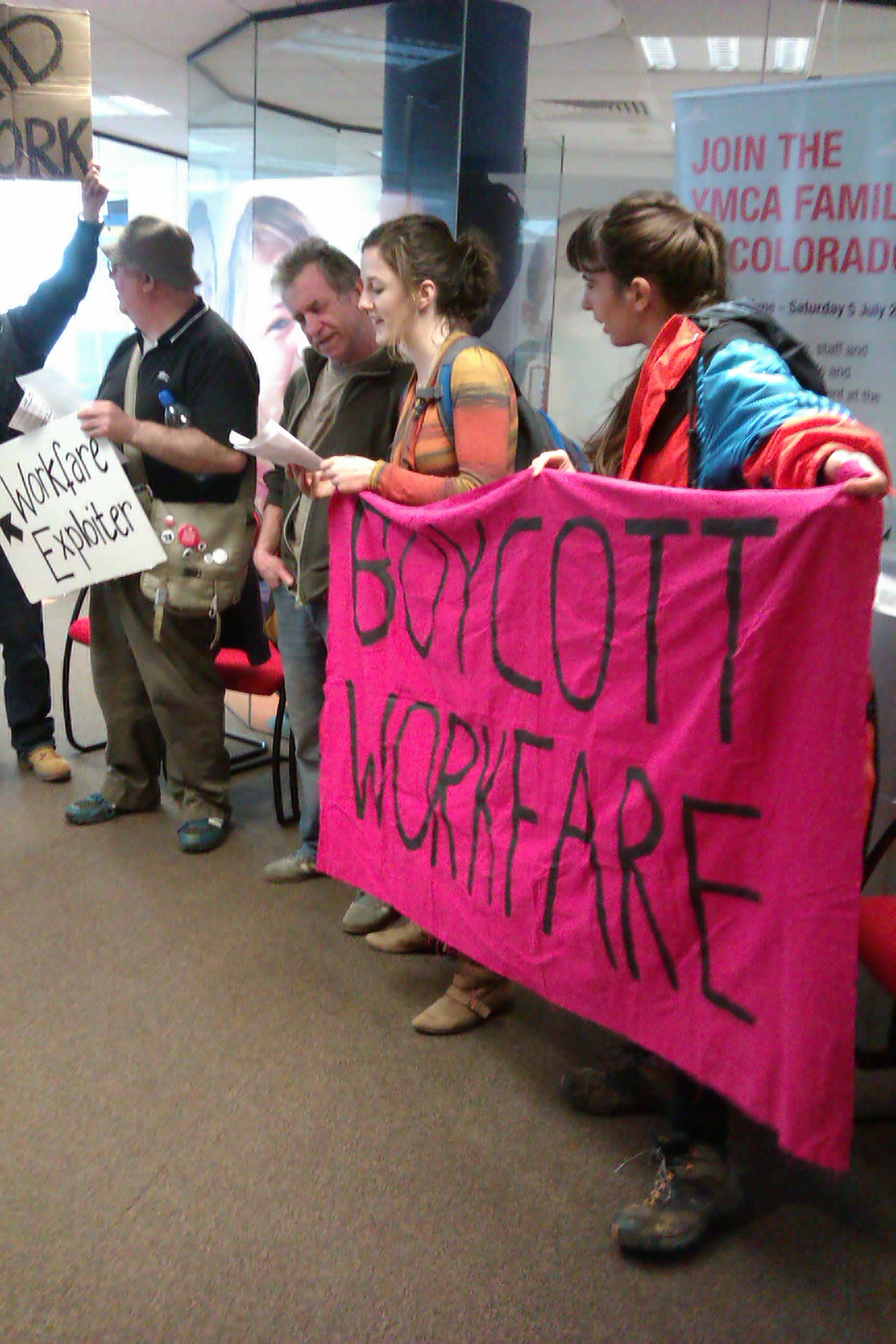 Today members of Haringey Solidarity Group joined Boycott Workfare in paying a visit to the London headquarters of workfare exploiter YMCA. They’ve defended their use of unpaid, forced work in previous statements and we’ve called them out on it. Mandatory Work Activity forces people to work without wages under threat of sanction, and doesn’t help them find a job anyway. Whereas the Salvation Army have stated they will not get involved in the new 6 month long Community Work Placements starting later this month, the YMCA have yet to make a public statement on the issue.

The YMCA wants to have its cake and eat it. Their president, Bishop John Sentamu, has spoken against workfare. Yet, the organisation still takes part in some of the harshest schemes.  They’re also involved in delivering traineeships – workfare by another name.

We say volunteering should remain just that, and that people shouldn’t be “made to volunteer” under threat of sanction.

The fight against workfare is more important than ever, with 74,000 people being sanctioned every month. Sanctions are one of the main reasons people are turning to food banks to feed themselves, and you can now be sanctioned for up to three years. This is forcing people to make the choice between heating their homes or eating.

Join us in a day of action against the YMCA’s use of workfare. Tell them what you think about them using forced unpaid work in their charity shops. Don’t let them ignore the devastating effect that sanctions are having on people up and down the country.