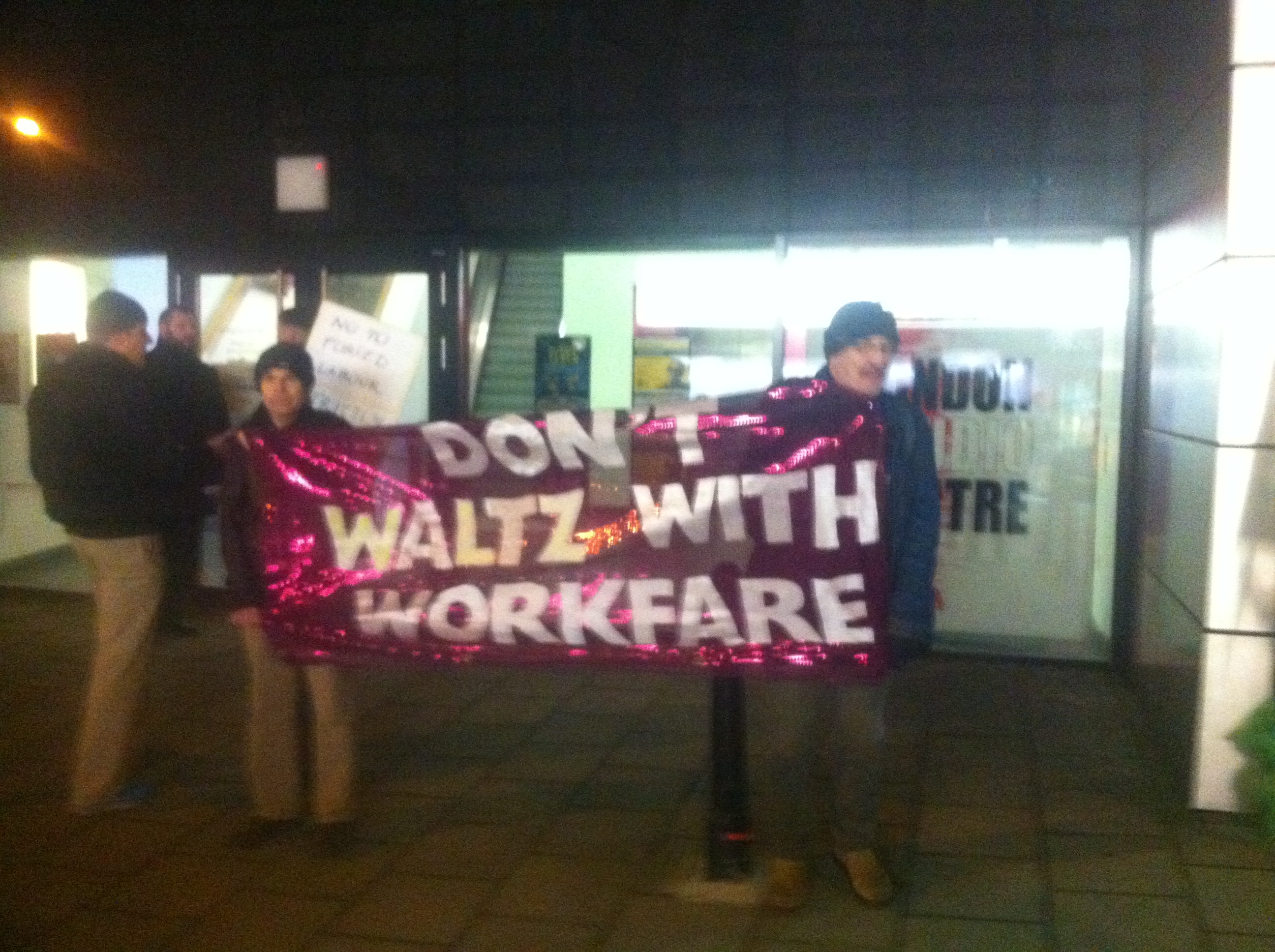 On Saturday, 7th. February, North London Hospice held a major fund-raising event, “Strictly Dancing”, at the Arts Depot in Finchley. This event promised to draw not only senior staff from the charity but also supporters and well-wishers. As part of our ongoing campaign to persuade NLH to withdraw from the Community Work Placement programme, we decided to attend the event with the express intention of alerting attendees to the use of CWP by the Hospice, whilst providing substantive arguments as to why a charity working for the good of the community should not.

HSG members turned out in numbers and were well supported by several people from the Solidarity Federation with some 15 people present in all. Our banner and placards embraced the dancing theme as we distributed leaflets to the attendees and engaged them in conversation about our concerns. Many people were rushing to get in but took our leaflets. Only a couple of people objected to our presence. More importantly, many stopped for a chat and the majority were sympathetic to our arguments with some promising to contact the charity in order to raise their newly-discovered concerns. Most significantly, we met a manager from NLH who told us that someone would be starting work under her on Monday, 9th. February in order to implement and progress the charity’s exit strategy from CWP!

Again, we find ourselves encouraged by events but any encouragement is, inevitably tempered with caution. Nevertheless, we have taken the decision to postpone next Saturday’s picket of NLH’s Turnpike Lane shop. We have long thought it important to engage with NLH and we are prepared to give that another try despite difficulties we have previously encountered. Over the coming days, we will be attempting to obtain assurances from NLH that this is actually happening and when and what the expected outcomes will be.

Watch this space for further developments.