Community Work Placements in Haringey – who’s proud to be working with G4S? 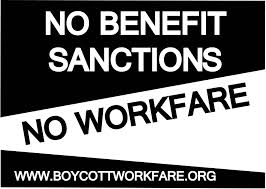 While the government would like to keep their names secret, the companies involved with running the recently launched Community Work Placements seem proud to publicise their involvement.

G4S won the contract for six regions across the country and was “delighted” to announce its involvement with the scheme which consists of six-month, forced, unpaid work placements for unemployed people.  (The placements need local council and charity participation in order to claim to be of “community benefit”.)

But, being as they are the world’s largest security company, G4S isn’t bothering itself with the day-to-day business of sorting out placements for workfare conscripts. Instead, they have teamed up with “top-performing placement brokers” in the six regions for which it has a CWP contract. One of these regions is West London.  This is the one that covers Haringey and, of the five partners it has here, only one, Urban Futures, appears to have an office in Haringey. They have expressed similar delight at their involvement with the government’s newest forced labour scheme.

We have tried to figure out exactly what Urban Futures do, but their website, with all its talk of employment, training and apprenticeships, manages to hide the fact that they are fully signed up to a programme that threatens some of the most vulnerable people in our community with destitution and abject poverty.

Urban Futures may or may not be a lost cause, but we want to find out the names of the local charities and community organisations that they are using to fulfil their part of the CWP contract.

We have been talking to the people going in and out of Urban Futures’ Wood Green offices. So far, the only confirmed partner is North London Hospice. According to personal testimonies, they have taken on a number of workfare conscripts in their Wood Green shop, and possibly others.

Many of us in HSG were really disappointed to hear about this. North London Hospice provides a service which places value on the quality of life of local people. Its complicity in this workfare scheme seems totally at odds with its main aims.

What you can do

We have asked them to withdraw from the scheme and sign up instead to the Keep Volunteering Voluntary pledge. To date, we have not had any response.

The government has so far resisted revealing the names of the organisations involved, but if you have been sent on a placement, or someone you know has, please get in touch with us (tel 0845 223 5270 or email info@nullharingey.org.uk. Or use the Name and Shame form on the Boycott Workfare website.