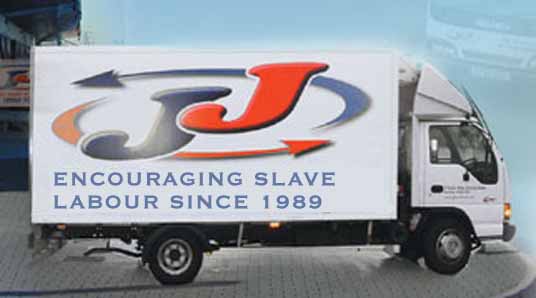 Workers at J.J. Fast Foods, a distribution company in Tottenham, North London, worked 60-70 hour weeks for a pittance. Six years before the strike, newly employed workers were paid £180. By the time of the dispute they were being paid £130. There was no overtime pay, no holiday pay, no sick pay. Wages had been frozen for more than a year.

The drivers had to pay out of their own pockets for any parking fines and any counterfeit money that they may be given. They also had to pay £250 if any trucks were damaged in traffic.

In the face of all this, 45 of the 75 workers there joined the Transport & General Workers Union (T&G), elected a steward at a mass meeting and put forward the following demands:

Upon learning that the workers had joined the union, the boss immediately sacked the unionised workers. The workers met with the T&G official and went to see the boss. He refused to recognise or even meet with the union.

But the sacked JJ workers were not prepared to give up. Along with members of Haringey Solidarity Group (HSG) and the Colin Roach Centre they set up a strike support committee which met weekly. Workers and supporters visited schools and other premises that took JJ Fast Foods trying to encourage a boycott of the firm’s products. This worked well with the most notable success being one local authority stopping using JJ’s.

Members of HSG held weekly pickets of the Jenny’s burger chain which was solely owned by the director of JJ Fast Foods. These were particularly successful.

Eventually the T&G managed to convince the sacked workers (against our advice) that their best hopes lay with an unfair dismissal court case.