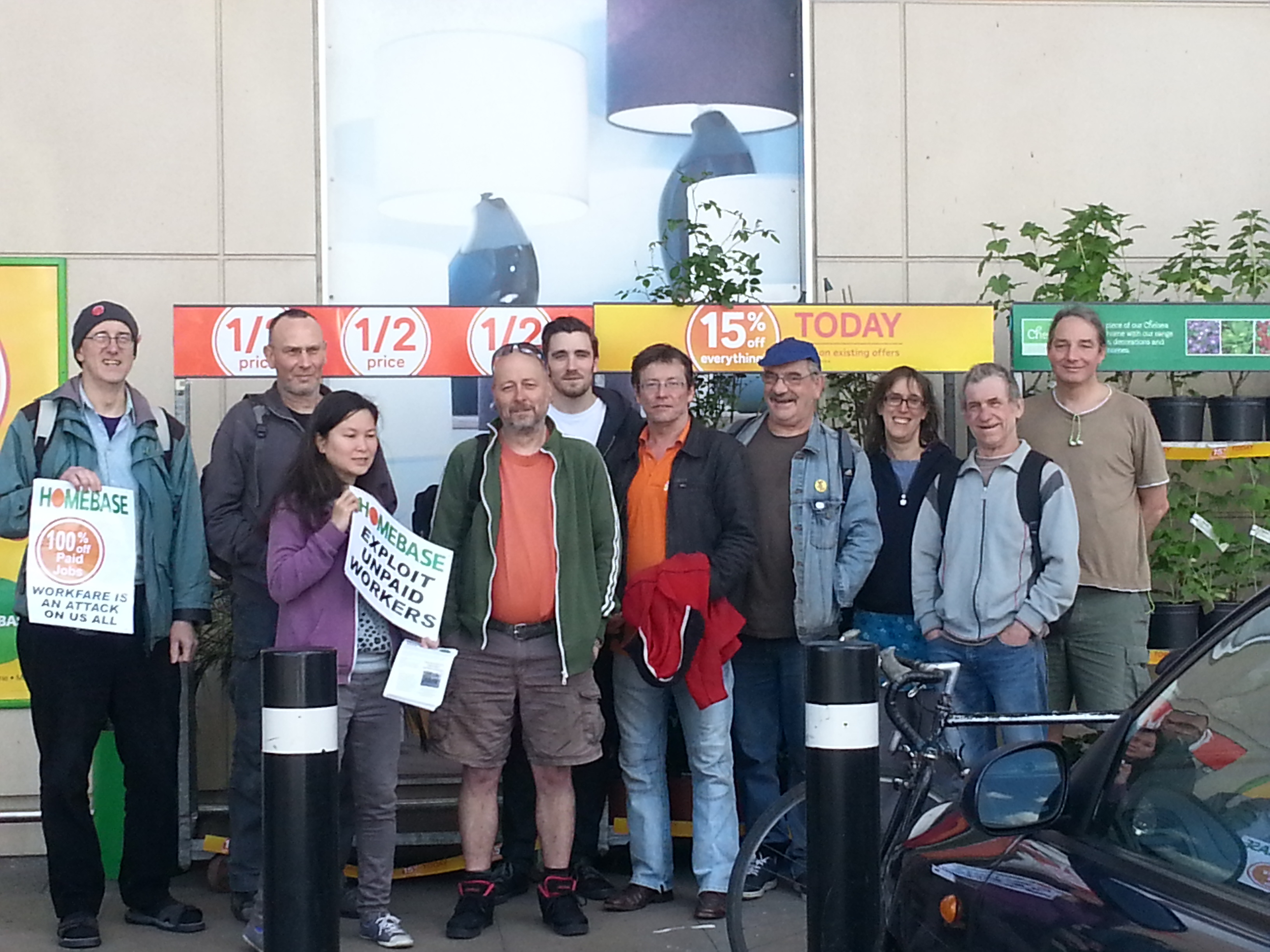 I arrived at Homebase, Harringay, several minutes late for a noon picket against workfare, and was just about to start leafletting when a couple of managers came out to talk to us.  One of them was the store manager, and the other was from head office.

The woman from head office said that no one at the store had been on workfare, but when we pointed out that this was the general term for the five government schemes and asked her which scheme they were operating, she was unable to tell us which one – nor did the store manager know (or, if he knew, wasn’t telling).

When shown one of our Haringey Solidarity Group leaflets which had on it a picture of a poster – encouraging the use of free labour under “work experience” – that had been in one of Homebase offices, she first claimed that this wasn’t an official poster and implied that it had been made up by a disgruntled employee.  When we challenged this she changed her story and said there were more details which she couldn’t reveal.

She said that Homebase would be talking to the government to get assurance that everyone who goes on the scheme does so voluntarily.  Given the lies that the DWP and JobCentres have told in the past, and their refusal to answer freedom of information requests, I wouldn’t put any faith in their reply.

As from Friday there was no-one on workfare at this branch of Homebase, but there had been over 20.  It looks like there may not be any more.  Another small victory in the campaign to stop forced and unpaid labour.